You are here: Home / Diet & Nutrition / Losing Weight Without Dieting 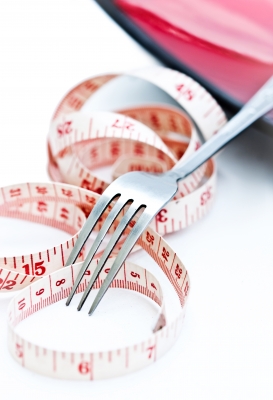 Today we have Will Kashis.

So many of today’s diet plans require users to follow a strict diet – forcing them to keep track of calorie consumption daily, and sometimes even hourly.

And if you ever tried dieting, you may agree that the number one reason your diet failed is compliance.

More over, you can also confirm the results of an interesting study, published in the International Journal of Obesity back in 2007.

In this study, 311 overweight women were recruited to follow one of the following popular diet programs: The Atkins Diet, The Zone Diet, the LEARN diet or the Ornish Diet.

To start the study, each woman was given a copy of the popular diet book that she was randomly assigned to follow.

Then, to make sure she was an “expert” on her program before she started dieting, each woman attended a series of 8 classes (each lasting an hour) explaining exactly how to follow her assigned diet.

After the courses were completed the women then set off to follow their assigned diet plan for a total of 1 year.

As result, everybody lost a lot of weight in the first two months, after that the diets tended to even out and by the end of the trial the weight loss was far from impressive – none of the groups averaged more than 10 pounds of weight loss after an entire year of dieting.

But here is the most interesting fact.

Astonishingly only one subject in the entire study followed the diet as directed for the whole 12 months. This means that every other subject was not following her assigned diet properly at some point during the research trial!

The researchers also found that adherence was significantly correlated with 12-month weight change for all three-diet groups. So the better a woman was at following her diet, the more weight she lost.

And to give a practical idea on how you can simplify your weight loss, I want to tell you about a little-known Eat Stop Eat method.

Eat Stop Eat uses a combination of short-term (24-hour) fasting and weight training to teach people how to get fit. The program was developed in 2008 by Brad Pilon, a Canadian research scientist who had worked in the nutritional supplement industry for more than a decade.

A unique aspect to the Eat Stop Eat plan is that it encourages users to count calories week-by-week rather than daily. I believe that this aspect offers a strong psychological advantage over other diet methods. While other diet plans force the user to follow daily – sometimes even hourly – caloric recommendations, thereby adding stress to the dieter’s life, Eat Stop Eat only requires that users reduce their caloric intake over the course of a week.

With Eat Stop Eat, however, you are allowed to eat normally six days per week as long as you fast on the seventh day. You will still cut 1,750 calories from your diet, and you’ll still lose half a pound. But you’ll also still be able to enjoy your favorite foods, and you won’t have to count calories every day. The weight loss process becomes much more flexible.

When you’re free to monitor your calories on a weekly basis rather than keeping track of your eating seven days a week, your weight loss efforts become much less stressful. One of Eat Stop Eat’s mottos, in fact, is “Think weekly, because nothing changes in one day.”

Individuals who follow the Eat Stop Eat method usually fast once or twice during the course of a week, and exercise to build muscle mass if necessary. Beginners may fast once a week, while those who are more experienced may do it twice. The very experienced followers may perform workouts during their fasting days.

Before I close, I should clear up a misconception about intermittent fasting. Many people believe that the body slows its metabolism, going into “starvation mode,” during times of fasting.

About Author: Will is a freelance writer who writes for health publications and recently launched his site Diets.md