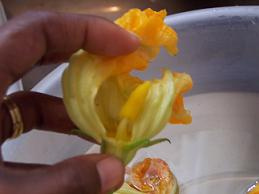 You probably have bought veggie washes in the produce section of the store.  I know I have, but for some reason, I found myself not using it.  Guess you can say I wasted my money.

I did not realize that I had many items in my house, that are good for cleaning produce, until I did a little research.

I remember when I was a youngster, being told to pour salt over the greens that I was washing.    At the time, I thought that was a waste of good salt, but today I know better.

There is no reason for you to buy pre-made produce washes, unless you want to, but you really do not have to.  You can save your money and use those items that you already have for cleaning your produce.

Baking soda is a white solid that is crystalline, but often appears as a fine powder.  It is slightly salty with an alkaline taste.  It is an excellent cleaning agent for many things, like tough stains on metals, but it is also effective in controlling fungus growth.

Vinegar is a liquid that consists of mainly acetic acid and water.  The acetic acid is produced by fermenting of ethanol and using acetic acid bacteria.  Vinegar is a common ingredient that is used in cooking, but is a mild acid that has a variety of uses, including cleaning.

Salt is known as table salt or rock salt, is a crystalline mineral that is composed of primarily sodium chloride.  It is a known preservative, but has cleaning properties too.  It is a good stain remover.  When using for cleaning produce, make a saline solution using water only or combine it with a few of the above items.

Hydrogen peroxide is a simplest peroxide and is a strong oxidizer.  Due to its oxidizing power it is used as a bleach or cleaning agent.  It has many domestic uses.  When using for cleaning produce, be sure to dilute it and do not be afraid to use it in a do-it-yourself produce wash.

Use What You Have

The next time you think you need rush off to the store to buy more produce wash, take a look around your house to see if you have these common household items (lemon, baking soda, vinegar, salt and hydrogen peroxide).

You can add a few of these items along with water to a spray bottle and clean your produce.  Don’t you just love it?

Note:  Do an online search and you will find many do-it-yourself recipes.  Here’s one that I found from Good Green Habits to get you started.

Get inspiration, updates, and news personally written by Evelyn delivered to your inbox.