You are here: Home / Blog Topics / Why I Kissed Facebook Good-Bye 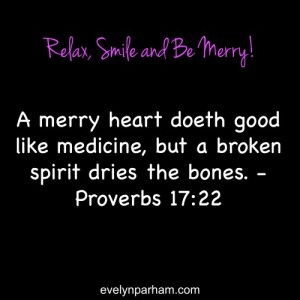 A few months ago I shared with you that I deactivated my Facebook account and I promised that I would tell you why I left Facebook.  The deactivation eventually became a deletion.

I have deleted Facebook accounts in the past, but this time, was different. It was different because I knew I did the right thing and that I would not look back.  Today, I share why I kissed Facebook good-bye.

Side note:  I was reluctant to publish this post, but I finally clicked the publish button.

I created content, paid for followers to see my posts (not much, because I am cheap), designed my cover, and scheduled automated posts via Buffer at the best times based on my Facebook stats.

Why invest time in something that does not give me anything in return? Oh, it gives me something in return, lost time that I never get back. I checked my analytics/stats before pulling the plug on Facebook, they said, “Girl, bye!”

The traffic coming from Facebook was the saddest thing ever. Engagement and interaction were often low to non-existent. The same people would always like and sometimes comment on status updates.

The social media gurus say, “Facebook is good for website/business promotion.” I think Facebook is a good thing, but for some websites/businesses it is not the best social  media network. Some of us need to take the promotion to the physical streets.

I have made more connections by simply talking to people when I am out running errands and by word of mouth. The old school way of promoting yourself is still alive and well.

I eventually deleted the Facebook app off my phone, only to re-install it.  I also logged on to Facebook from my personal computer. I finally realized that I had to let go of Facebook, especially if I wanted to have a healthy mind, body and spirit.

Sometimes you have to let go of what no longer serves you. Facebook did more harm to me than good. It bothered my mind and spirit, which sometimes brought a certain level of stress.

It took courage for me to let go of Facebook, because it is a popular social media site.  How would I ever stay connected and in the know?  What I have learned from this experience is that those who want to stay connected with me will stay connected, regardless if I am on Facebook or not.

I realize that there are people who enjoy using Facebook and it benefits them immensely.  If Facebook works for you, then keep using it.

But as for me, I kiss Facebook good-bye and I am not looking back.